by SAT Reporter
in Just In, Politics
0

The joint election observation mission to Kenya from the African Union (AU) and Common Market for East and Southern Africa (COMESA), and election observation missions from the East African Community (EAC) and Intergovernmental Authority on Development (IGAD) said in their preliminary statements that they were satisfied by the voting exercise amid a lack of major glitches or security lapses. 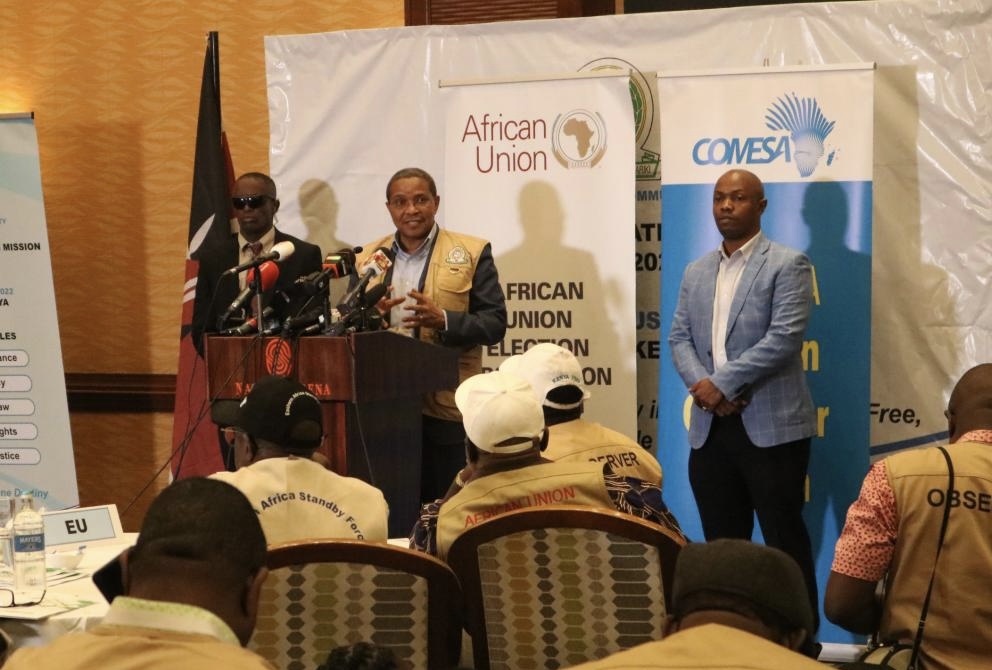 “There was (a) notable improvement in the overall voting exercise across the country. Polling stations opened on time, voters were identified easily by digital kits and no major security incident was reported,” Koroma said at a briefing in Nairobi, the Kenyan capital.

Statistics from Kenya’s Independent Electoral and Boundaries Commission (IEBC) indicate that 64.4 percent of 22.1 million registered votes, translating into 14.2 million votes, had been cast.

Counting of votes is underway, with electoral agency officials calling for calm to ensure the results for the presidency and other local elected leaders were credible in order to avoid costly litigation.

Jakaya Kikwete, the head of the EAC Observation Mission and former Tanzanian president, noted that the voting exercise adhered to local laws and international best practices, earning the confidence of voters and foreign monitoring groups.

Kikwete lauded Kenya’s electoral body for investing in modern technology and skilled manpower to ensure that the election of new leaders was inclusive, smooth, transparent and verifiable.

“We are satisfied by the manner in which polls were conducted. We hope the subsequent process of transmitting and tallying votes will be above board and a reflection of the will of the people,” said Kikwete, noting that despite being highly competitive, Kenya’s seventh general elections under a multiparty system of governance were devoid of polarization that could jeopardize national security and cohesion.

Kikwete acknowledged that voter turnout was lower compared to the 2013 and 2017 general elections, adding that there was a need to expand outreach to the youth and ensure they took part in the civic exercise.

Mulatu Teshome, former Ethiopian president and the head of the IGAD Election Observation Mission, said that adequate preparations ensured that the voting exercise in Kenya met the globally recognized threshold.

According to Teshome, the outcomes of a free, fair and inclusive electoral process in Kenya would be critical to sustaining regional stability, growth and cohesion.

The world should attend to the marginalised: South African Minister