by SAT Reporter
in Opinion
0

“Whereas recognition of the inherent dignity and the equal and inalienable rights of all members of the human family is the foundation of freedom, justice and peace in the world” Asserts the preamble of The Human Rights Charter.  However, white-owned institutions continue to systematically perpetrate unimaginable discrimination against black people and Ryanair  is not immune to this superiority complex!

The latest policy by Ryanair, that forces passengers travelling on South African Issued passports to pass a language test in Afrikaans to prove nationality is quite problematic and at the very least discriminatory. According to Ryanair‘s website, the rationale of this irrational policy is to curb the use of fraudulent South African passports. If this is indeed the problem they seek to address then surely there must be better ways to address the issue in a manner that accommodates all South Afrikaans. i.e. the same test could be made available in other South African languages. Most interestingly though, this policy does not accommodate South Africans with learning disabilities, rather it imposes a standard on all South Africans by a non-South African entity.

Notwithstanding that airlines are fined if they carry passengers to the UK who do not meet the minimum immigration standard and therefore, It is in their commercial interest to make some reasonable effort to detect fake passports, passengers without visas, and passengers trying to use passports that aren’t theirs etc. That said, in their attempt to ensure their passengers are legitimate travellers, it does not extend their scope of authority such that they can impose a language test. The idea in itself is quite problematic and racist.

A question has to be asked, is it fair and reasonable to challenge a South African to prove their nationality by asking them to speak in any one of their eleven national languages?

By and large, it would have been a reasonable position for the test to be completed in the first and second language as opposed to the imposition of a language that is historically associated with the painful experience of Apartheid rule.  As alluded to earlier, Afrikaans is generally spoken by a minority which is white South Africans. Moreover, a South African is not defined and ought not to be defined by his ability to speak Afrikaans and the same can be said about testing in any other language. It is not fair for an Afrikaner to establish his nationality by speaking in IsiZulu.

Afrikaans is not the only and neither widely spoken language of South Africa. It’s imperative to note that, Afrikaans is also spoken in other regions on the continent where white minorities can be found, such as Namibia. This further highlights, that Afrikaans is not unique to South Africa, therefore, a South African citizen cannot be defined or verified by a language that is spoken elsewhere.  One has to wonder what is the true intention of this policy?

This policy is a typical case of Language discrimination and it brings to light the prejudice and systematic exclusion of black people, particularly from the African Continent, from accessing global opportunities.  One would expect that Ryanair, being a budget airline would at least try to avoid such obvious lawsuits and maintain their low budget fares or perhaps this policy is axiomatic of their attempts to budget on legal fees. Either way, It is illegal and discriminatory to prefer one language over another to the detriment of those who do not speak the chosen language. Surely in 2022, this ought to be obvious.

This excuse of a policy interferes and infringes on the rights afforded to all human beings as enshrined in Article 13 of The Charter of Human Rights and Freedoms, which states that, Everyone has the right to freedom of movement within the borders of each State and the right to leave any country, including his own. The policy attempts to restrict freedom of movement by a nongovernmental institution. Furthermore, the issuers of the passport in question (The South African government) do not require its citizens to speak Afrikaans to obtain a passport, perhaps Ryanair is now superior to a national government and Ryan Air may as well begin issuing African passports since their policies are in direct contradiction and are spitting on the sovereignty of South Africa.

Whilst the airline claims they will issue a full refund to passengers who fail to satisfy this absurd requirement, it is outside the scope of an airline to authenticate the citizenship of travellers via the issuance of a language test. This responsibility is for immigration officials who are not on the airline’s payroll. If Ryanair is attempting to diversify its portfolio, the business of law enforcement is not profitable that’s why it’s a state business. Leave the relevant authorities to deal with fraudulent passports.

This overzealous policy is, therefore, a typical illustration of systematic racism which speaks to the exclusion of black people. Simply put, Ryanair’s policies infringe the rights of Black South Africans. Who does not speak the said language? It is a language for a few privileged, majority of whom are white.

Ultimately, Ryanair‘s policy is racist and needs to be reversed. In a country where there are eleven official languages, every citizen should be allowed scope to demonstrate their nationality in their first spoken language. 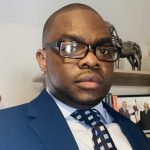 The supply solution to stagflation

Recession is coming, what’s your Strategy?