Tamy Moyo the Evolving Journey Across Memory and Medium

Tamy Moyo won the National Arts Merit Award for Best Female Artist in 2020. She was 22 at the time.

This certainly does not come as a surprise to those familiar with the songstress’s impeccable musical abilities. Hailing from the Zimbabwean capital Harare, Tamy Moyo officially Thamsanqa Moyo was born on the 5th of January 1998. She grew up in a humble family with her grandfather and her mother. Her father, Richard Kohola, is a well known radio presenter for one of the biggest radio stations in ZImbabwe, StarFM. The Southern African Times touched base with Tamy and learnt a lot about her background, career and what to expect from her.

Like most gifted musicians, Tamy began her singing career in the church choir. At the tender age of seven Tamy started performing as a solo act at her local primary school Lusitania Prep School; that’s when she fell in love with the stage. For Tamy,  performing in school plays became a normal part of her school routine. On her young musical journey Tamy continued to be a fundamental part of the church choir. She later attended Westridge High School. At an age of 13 while she was in Form One, she was already sharing the stage with International artists like Joe Thomas and perfoming with local artistes like Oliver Mtukudzi, Chiwoniso Maraire, Dudu Manhenga as well as Alexio Kawara. During the same year, Tamy became the Child Ambassador for Childline Zimbabwe. 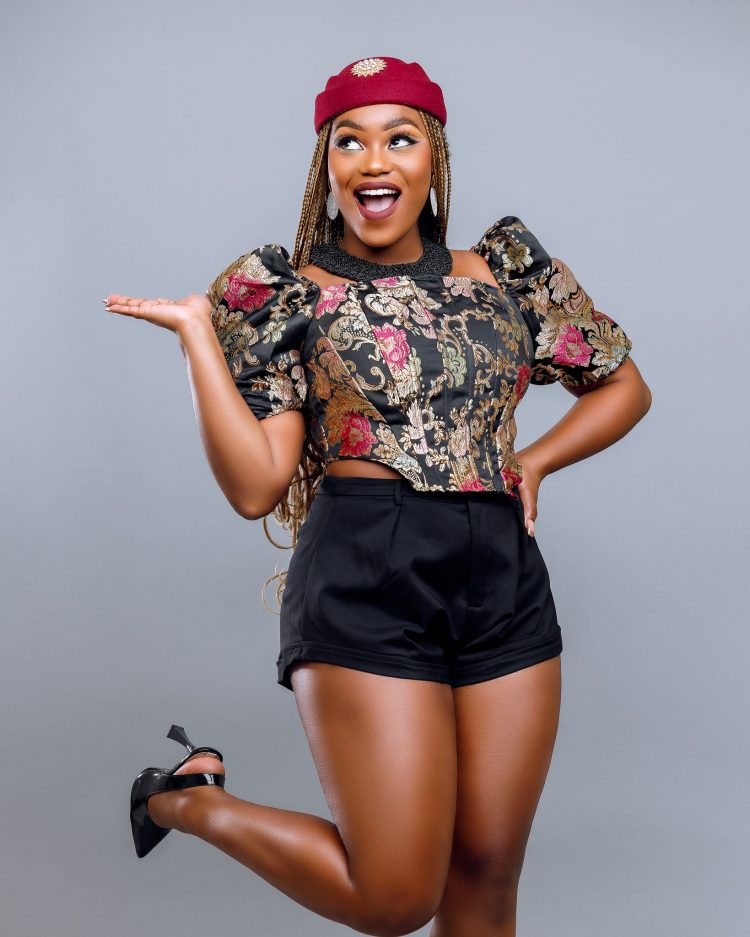 In 2008, Tamy was part of the formation of the Uganda African Choir, together with three other colleagues in a charity gig at the Madison Square Garden in New York, entertaining guests on the commemoration of the plight of the African child.

In 2012, she released two tracks under the watchful eye of her parents who had since assumed management of her seemingly promising career. On the heels of that success, Tamy Moyo issued her first full-length debut album, the 18th Rollercoaster in 2016, which found her expanding upon her dreamy, meme-friendly sound with more intent. Four years later, her efforts paid off as she strode away with the prestigious NAMA award for best female artist leaving the Zimbabwean showbiz awe. The award could largely be attributed to the success of her 2019 hit songs Kwandinobva and Zviroto both produced by DJ Tamuka and of course Kuteera on which she featured multi award winning artist Jah Prayzah.

Tamy hinted on possible collaborations in the near future and expressed gratitude to the success of those she has done so far. “Collaborating with some of the best artists has been an incredible experience of growth, learning and building relationships. I am very deliberate with each collaboration I took in and every one of them has managed to reap good rewards. The reception from the supporters is quite positive. It is exciting to share ideas with other musicians. I have my eyes on several collaborations but I will let God open the doors for me. I am hopeful.” said Tammy with evident glee in her eyes.

Tamy took the country by storm with her sophomore album project Bvudzijena as it received a lot of hype on social and mainstream media across the country. The cinematography on the visuals of the first song on the album Sare sparked a lot of debate as it explored African spirituality and rubber-stamped the acting abilities of the evidently multi-talented Tamy. The album earned her a performance slot at the highly acclaimed Zim Music Festival in the United Kingdom. It was during that festival when Tamy was invited to feature on the BBC podcast This Is Africa hosted by DJ Edu.

“ZimFest was an absolute dream! I enjoyed every minute of it, from the preps to the performance with the live band. I also got to network with prominent music personalities and the BBC interview could be the beginning of greater things to come. Much thanks to DJ Edu for having me. “

She also hinted on a possible return to the UK on the  Bvudzijena album tour now that COVID 19 protocols have been lifted and normalcy is almost prevailing across the world.

Perhaps the biggest highlight of Tamy’s career would be landing the ambassadorial role for the Zimbabwe Motor Company (ZIMOCO) which earned Tamy a brand new branded Haval Jolion in June 2021 which was swopped for yet another spanking new Jeep Compass six months later. According to Tamy, this opportunity has opened many other doors of corporate partnerships, an achievement which she could only dream of. She further mentioned how this has shown Zimbabwean brands that it is possible to collaborate with not only creatives, but with other young and ambitious individuals who can push business in positive light.

The music industry is not a walk in the park and Tamy Moyo has had a few juggernaut blows in her career and she has managed to stay afloat. The biggest challenge that she has had to deal with is people around her not being in tandem with her vision.”My biggest challenge to date has been trying to bring the things I envision to life. I am a big dreamer and at times, I find myself frustrated if those around me fail to see it” Her remedy to that and advice to aspiring artist is resilience. “Remain true to your vision in a word that tries so hard to put you down and force you to conform. Remain resilient, focused and prayerful”

Tamy is thankful to her parents whom she refers to as a blessing to herself and her career as they are, as she puts it,  “genuinely supportive”. It is Tamy’s aspiration to become a proudly African global icon who will perform at Coachella one day and to win a Grammy. Tamy is working towards establishing a Tamy Moyo Foundation in the near future which will also see to the advent of a Tamy Moyo Performing Arts Academy in Zimbabwe. There seems to be a lot in store for Zimbabwe and the world from the talented songbird. Let’s wait for the manifestation.