OPINION: Why some Zimbabweans support Sanctions

by SAT Reporter
in Opinion
17

President Emmerson Mnangagwa was right in calling for the removal of unilateral coercive sanctions on Zimbabwe in his speech at the most recent United Nations General Assembly.  The Zimbabwean economy has been forced to grow with an albatross shackling its full potential.  Our Presidents call, at the United Nations, to remove sanctions finds its strongest resistance in Harare, and not Washington.

In this article I will expose how the opposition, Zimbabwean cartels, banks, greedy lobbyists, and South Africa, have a vested interest in maintaining sanctions on Zimbabwe, and are actively working to maintain the Zimbabwean sanctions program, and sabotage efforts to have them unlawful embargo removed, leaving Zimbabwe conveniently deindustrialised.

Economic sanctions provide the opposition with a fettered economy, sieged by restrictions, which is the ideal breeding ground for public resentment to get votes.  It is also a powerful tool for blackmail.  Sanctions relief in exchange for a vote into power.  We know this because they told us.  We remember Mr Tendai Biti (Vice Vice President of the opposition) threatening to ensure that “they (the government) won’t get a cent” from international financial institutions.  We recall Chamisa’s (leader of Zimbabwe’s opposition) “sunga one sunga dozen” referring to sanctions.

The sanctions, which punish civilians, targeted or not, without trial, have nothing in common with basic human rights.  Condemned by the United Nations Special Rapporteur. Inconsistent with the UN Charter. Obviously at odds with principles of a constitutional democracy based on the rule of law, which the opposition ostensibly stand for.

Many Zimbabwean cartels, no different from the opposition, profit from the arbitrarily imposed economic coercive sanctions on Zimbabwe.  The restrictions are a fertile ground for corruption, exploitation, racketeering, and clandestine deals closed to the majority of Zimbabweans.

The removal of these sanctions would be a kiss of death for these nefarious characters, and foreign owned banks that abet the sanction-based economy.  It would mean the end of monopoly, the beginning of a market economy, transparency, increased taxes, and an open economy for the majority of Zimbabweans.

Zimbabwean lobbyists in America have nothing to show for the exorbitant fees they are paid by our government.  Even after the hard work that the President, and his capable team, have made to open the Zimbabwean economy for business, the lobbyists have failed in their single job, which is to successfully cause the removal of sanctions.  Knowing that they will never succeed, they have invested their efforts in preventing evidence of damage to the Zimbabwean economy from reaching the Courts, where binding judgments on the issue can be made.

For lobbyists, continued sanctions provides the same returns as the opposition, and the cartels, feeding on the suffering of Zimbabwean civilians.

All ZASM claimed is an order declaring sanctions unlawful, but they resisted.  The reasons are obvious to all Zimbabweans.  Sanctions provide South Africans with an economic advantage over its northern neighbour at a time when competition for foreign direct investment, jobs, and tourists is high.

The South Africans do not want to compete for jobs with 178 000 Zimbabweans in South Africa.  They certainly do not want to compete for jobs with 15 million Zimbabweans in Zimbabwe, unrestricted by sanctions.  I recently watched a documentary where the younger President Mnangagwa, when he was a minister in government, spoke about South Africa’s move to weaken the Zimbabwean economy.  Nothing has changed.  South Africa sits in a comfortable sweet spot.  They apply the unlawful American sanctions, to their economic benefit, and get to blame the Americans for it.  Even calling for their removal, knowing that the Americans do not take their calls seriously.  In that regard, they are like the fruitless American lobbyists, earning a living from the same sanctions they are trying to remove.

President Mnangagwa does not have to go to Washington to find detractors.  Our Presidents real saboteurs are in Harare and Johannesburg.  Earning illicit profits from unlawful sanctions, and using intimidation on the Chairman of ZASM and myself, to prevent evidence of sanctions from reaching the Court room.

Zimbabwe went to war for independence, liberty, and justice.  If Zimbabweans are prevented from producing evidence of the harm of sanctions by the opposition, the cartels, inefficient lobbyists, and oppressive South Africans, all benefiting from exploiting Zimbabweans, then Zimbabwean independence is not complete. 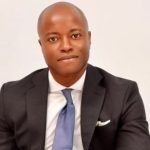 Simba Chitando is an Advocate of the High Court of South Africa and Counsel for the Zimbabwean Anti Sanctions Movement.The article reflects the author’s opinions and not necessarily the views of The Southern African Times.

The success of the Xi-Biden summit must be sustained