There’s something special about Zimfest Live. Whether it was your first time attending or you’ve been to every single one since its inception, the one thing that stands out is how it has continued to evolve over the years.

This year’s event was ‘revolutionary’ – the atmosphere was electric, and the organisers continue to set a new standard every year. Just when you think you’ve settled into a new space that feels like home, the team keeps us on our toes with fresh formats and great venues.

Hertfordshire County Showgrounds was a cut above the rest and a testament to the hard work and commitment of a group of visionaries whose aim is to, not only showcase the undeniable talent that Southern Africa has to offer, but to connect communities who have a common interest – an appreciation of music, good music! 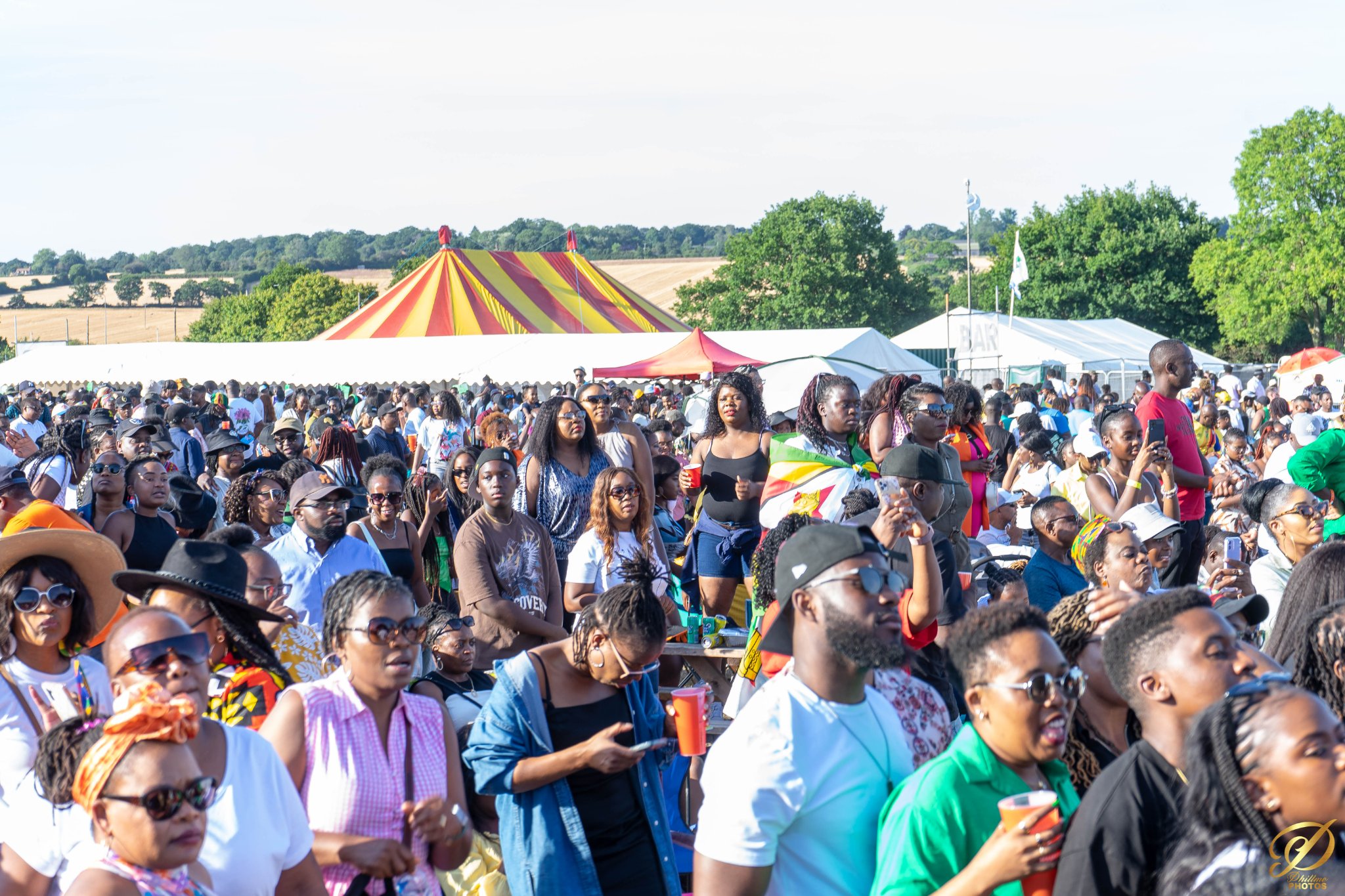 A representative from Redcliff Management said: “Zimfest Live has become more than just a music festival, it is a community affair that brings people from various parts of the UK together, to experience and celebrate the very best talent – musically, artistically and from a business standpoint.

“Creativity is one of our most valuable resources and when creative minds work together, we are able to innovate. We are proud to have collaborated with Mukuru and all our partners to deliver an exceptional experience for our attendees and we look forward to bringing another memorable event next year.”

As one of the main sponsors Nyaradzo U.K. and Europe CEO Mr Lordwick Mushawa expressed delight with the coverage of the event amongst  Zimbabwe and the African Diapsora at large. “Nyaradzo U.K. opened their first Service Center in Letchworth , Hertfordshire and was looking forward to supporting our community where ever they are with a diversified range of services from Funerals , events management ,tourism and agriculture” 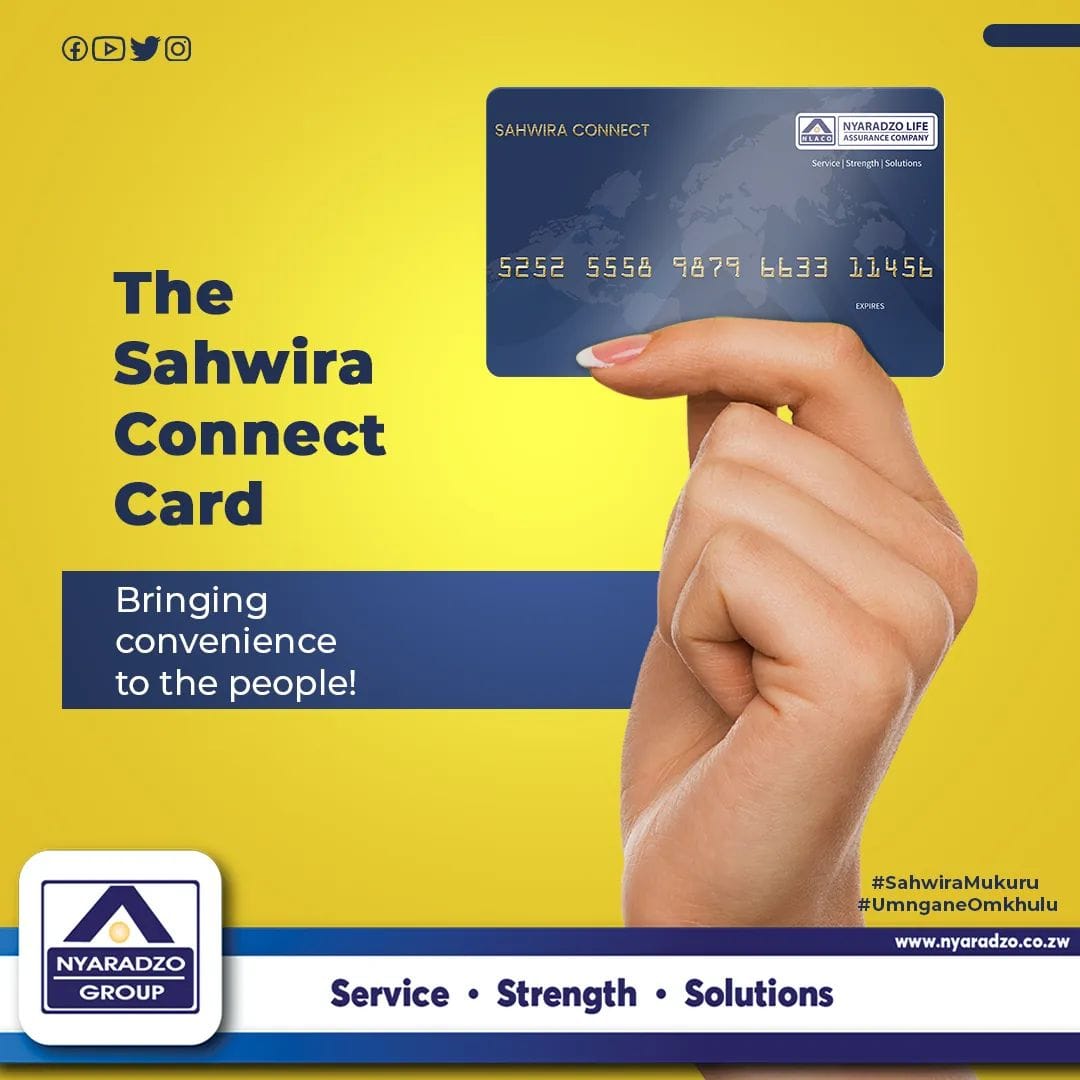 Despite the absence of several artists who were scheduled to perform, the show went on and the lineup did not disappoint. This year’s event featured top-tier international acts who covered a variety of genres that catered to one of the largest audiences to date.

Dendera star, Sulumani Chimbetu was a surprise addition to the lineup and returned to the Zimfest Live stage after headlining in 2018. Performing with his band, the Dendera Kings, he proved once again why he has become an international sensation. 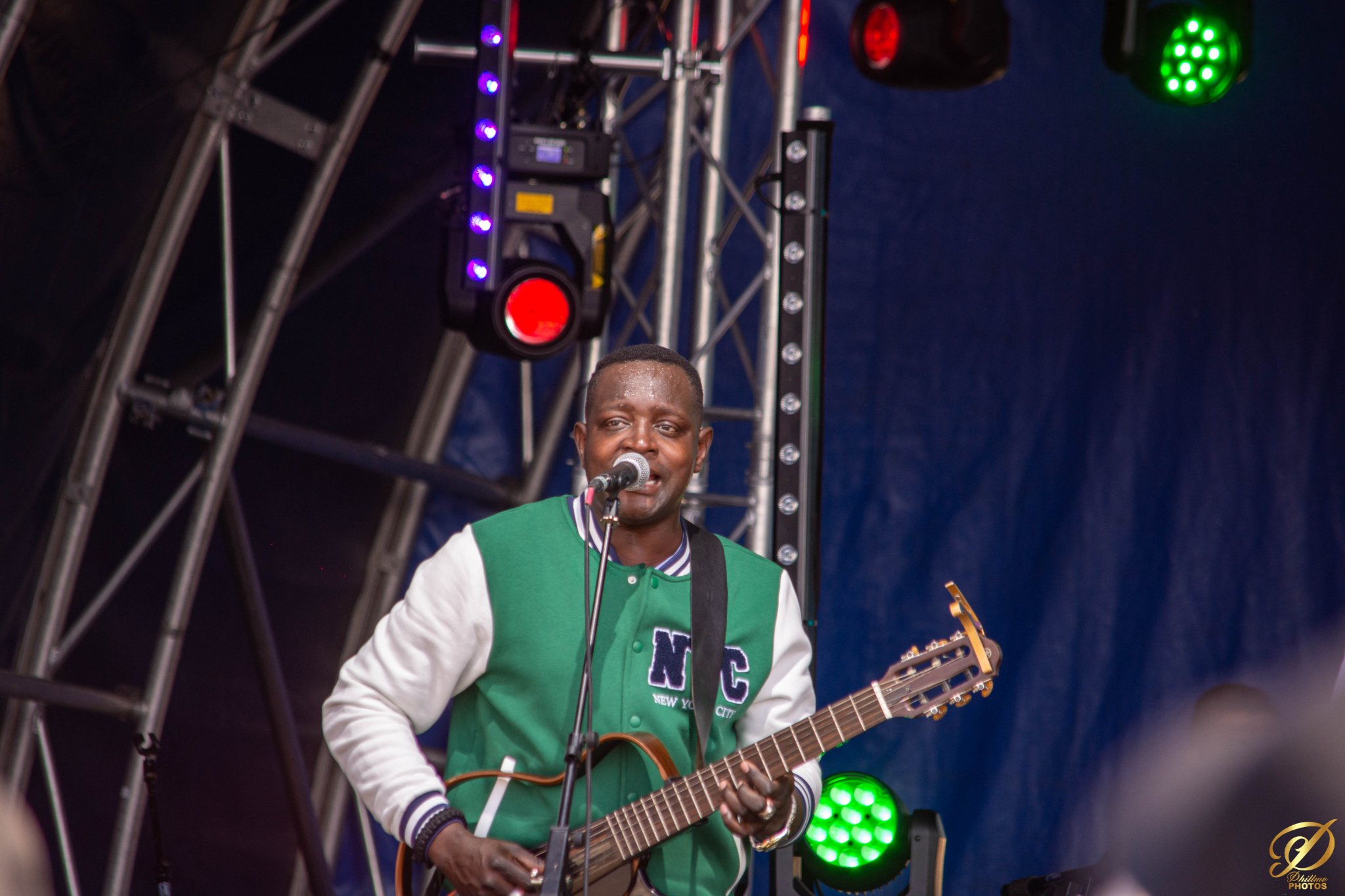 Zimchild made his debut performance and for those who had a chance to witness this upcoming talent, his natural presence on stage set the tone for the rest of the event.

If there is one quality that makes rising artists standout at Zimfest Live, it’s a sense of adventure and passion for what they do, and Nutty O and Crooger are classic examples. Both artists drew their audience in, in different ways and left many of them wanting more.

Nutty O, who achieved critical acclaim with songs Boom Shelele and Dakufara Nhasi, has become a crowd-puller, both locally and on an international level, and proved why he is one to watch with an out-of-this-world performance. He is undoubtedly an entertainer who knows how to work the crowd. 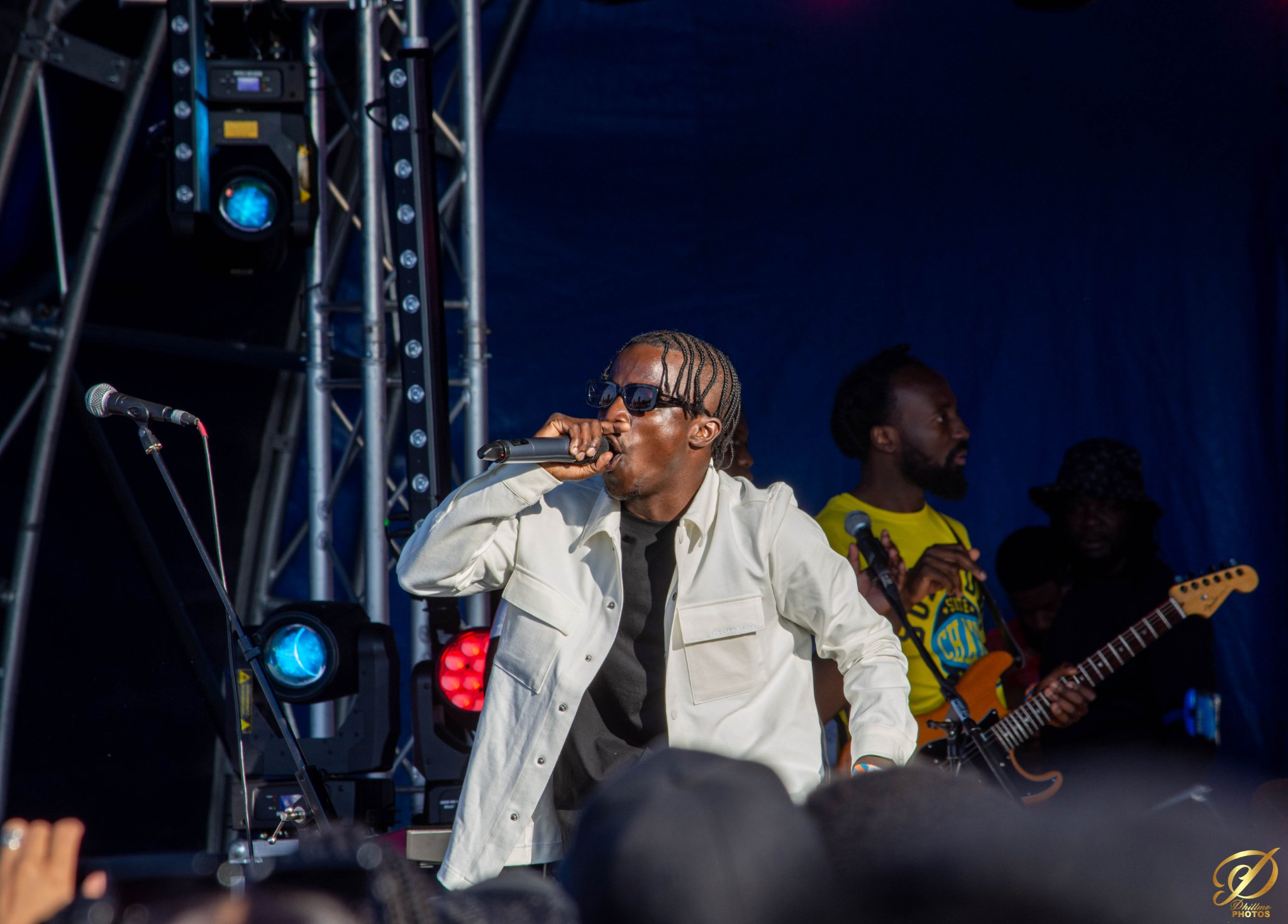 For those not familiar with gospel singer Sharon Manatsa, she’s grown into the artist many of us envisaged she would become. This was her debut performance at Zimfest Live as a solo artist. She was originally part of Friends in Christ, a group she formed with her husband Zex Taku Manatsa in 2017. Sharon delivered a solid performance, including her popular single, Tinofamba.

ExQ, meanwhile, is no stranger to the Zimfest Live stage. There are ‘no airs and graces’ about him – a natural performer with the ability to make an audience go wild. He has a rare performance style, and it is in those unique moments where every note has meaning, and every element of his act is more than just a musician on stage giving you a show because it is required – it comes from a place far deeper than that – it comes from an enthusiasm and dedication for producing music that resonates with the masses. 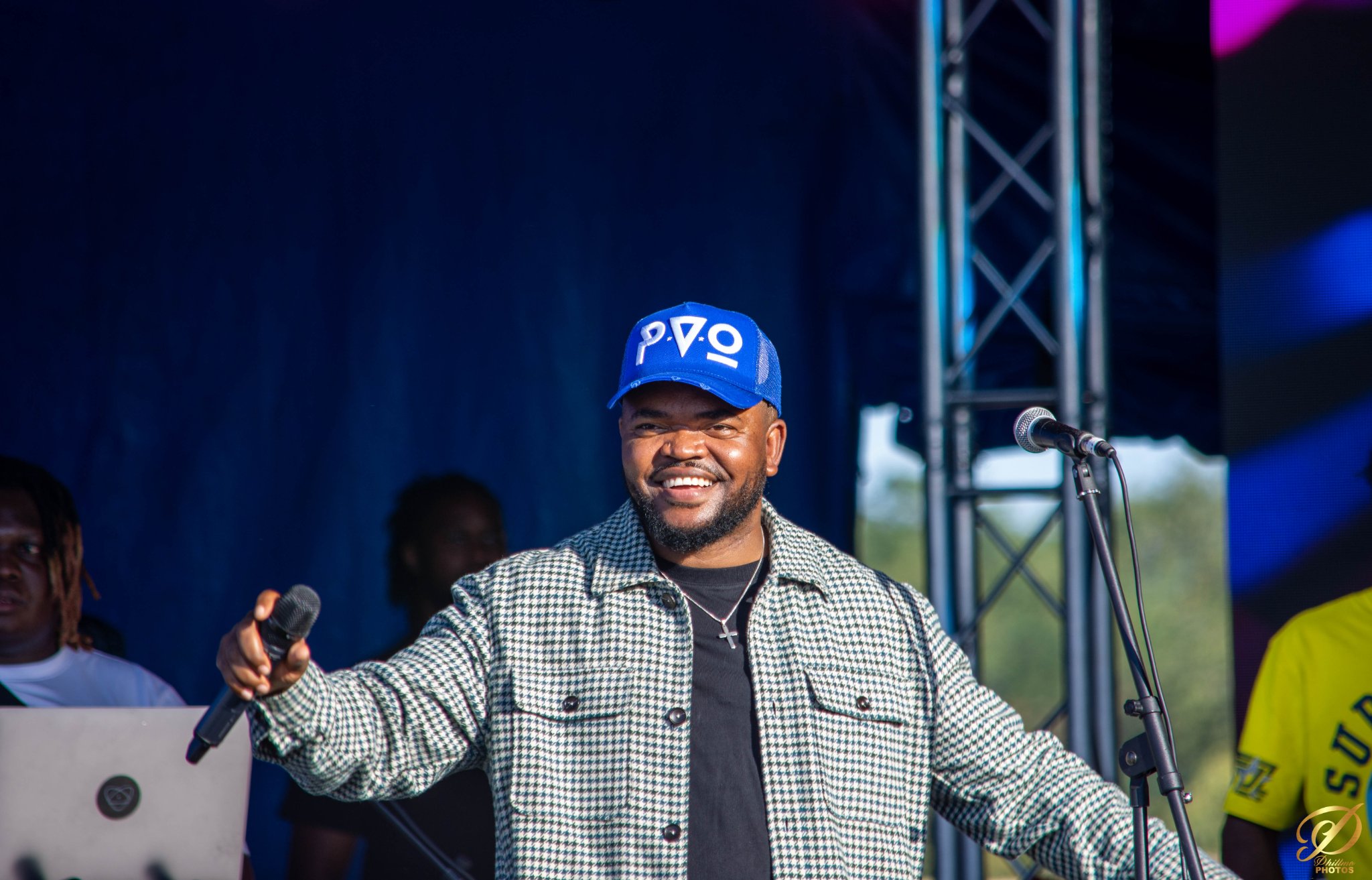 Amapiano duo Tarryn Reid and Clairise Hefke, popularly known as TxC created a transportive, feel-good atmosphere in the amapiano/afrobeats tent, giving the audience the best of both worlds.

South African singer Makhadzi is known for never leaving her fans disappointed. A delay in her performance was well worth the wait and truly outstanding.

The Venda songbird went all out to give fans the full Makhadzi experience – her vocal range, energy, carefully choreographed routines, and chemistry between her dancers allowed everyone to absorb every song and dance move.

Winky D made us want to party

Then there was ‘Gaffa’, and in true style, they did save the best for last. Winky D is a music maestro – whether you understand what he is singing or not, he quickly draws you into his world of pure, unadulterated magic.

The creative music sensation showed his lyrical genius and phenomenal music craft, taking us on a journey that combined the old and the new.

Winky is not just a musician but a remarkable virtuoso who has built a stratospheric international presence purely from adopting a versatile approach. His ability to understand his audience and artistry are vividly imagined, thrilling in their energy, and put him in line with some of the finest Zimbabwean musicians to make it internationally.

Hosted by comedienne, Madam Boss, and radio host Empress Trish, Zimfest Live was sponsored by Mukuru. Present in over 20 countries, the money transfer company’s platform continues to give emerging consumers access to affordable and reliable financial and remittance services.

Speaking about the event, Oliver O’Brien, Group Executive Head of Strategy and Business Development at Mukuru, said: “Zimfest Live is a celebration of Southern Africa and a platform that not only spotlights the talent that Zimbabwe has to offer on a local level, but also what it has to offer on an international level.

“As a proud African company, and the headline sponsor of this year’s festival, we are delighted to have been part of an event that has become an integral feature on the UK’s summer calendar, showcasing the rich culture and talent of the African continent.”